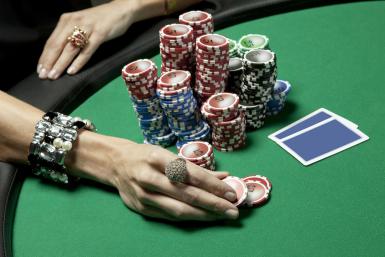 Now I don’t claim to be very knowledgeable in the medical or scientific aspects of Parkinson’s.
I have no technical knowledge of the disease, or the training to care for someone with the disease. I only know what it is from my experience of having and living with Parkinson’s for the past 15 years of my life. And for the first 12 or more years I never told anyone I had it except my family…a very close circle of friends…and some of the people at the Michael J. Fox Foundation.

On the day I was given the diagnosis, as we were driving home, I said to my husband: “I am going to use comedy therapy.”  So for me there was going to be no scary, violent, depressing movies. Definitely not going to watch hospital shows any more (sorry ER, and all those shows that came after it). I also decided to follow a course of denial. If I just went on as though I didn’t have this dastardly disease that I dubbed “The Beast”, that it wouldn’t overtake me.

So “The Beast” and I began our epic battle that still continues to this day. Although now I have reached a point in the course of this feud with this ungracious foe, that I can no longer conceal to the outside world that I have it.

After about five years along this journey, I decided that it would probably be a good idea to keep what brain cells that I still did have (in my substantia nigra), stimulated, so that possibly they would stick around longer and maybe take over the workload of the ones that had already died off. I didn’t know if this had any foundation in science but what the heck! It sounded good to me. I had done crossword puzzles, sudoku (which to this day I still call Soduko) and Mah Jong. Yes the real one with the tiles and friends, not the matching game online! That is where I got introduced to the game of poker. Some friends of ours had a poker game one night. We played all the different games, but I clicked with one, No Limit Texas Holdem. Now this therapy is not one I would recommend to everyone with Parkinson’s, considering the potential addictive side effects of certain medications, and the possible financial ramifications it could have.

But I found out that for me, Poker is my yoga, my zen. For many years I could go and play poker and I could just escape “The Beast.” I would have no symptoms while I was playing. I was free from the effects for a short while. It was the total concentration needed to play the game, that I believe helped me. No multi-tasking, no phone calls, no making lists of things to do, no errands. Just total immersion in the game in front of me. This became my kind of meditation.

I became pretty good at the game. But, as “The Beast” can always do, he shows his ugly head when you least expect it. Just when I was feeling I was getting good enough to move up the ranks in the poker world, I had also moved into a phase where I could no longer hide the fact that I had Parkinson’s. Bad timing huh? Well if the beast can change things on me, then I can do the same in return.

So I have decided to move this battle into a new arena. The poker world. I no longer am silent about my battle with my nemesis. He has forced my hand so I shall take the challenge. I know “The Beast” is not bluffing, but neither am I. If I can help the fight, and raise awareness of this disease, that is where it will be. If my symptoms are acting up when I am at a poker game now, I just announce to the table that I have Parkinson’s, and that my meds are off, and I will be shakin’ and quakin’ until they kick in. (It saves me from stupid comments like “you must have some monster hand the way you are shaking there”, to which I now reply “no…just Parkinson’s).

I am off to fight the good fight. One poker game at a time!

9 thoughts on “Parkinson’s Ambassador to Poker”